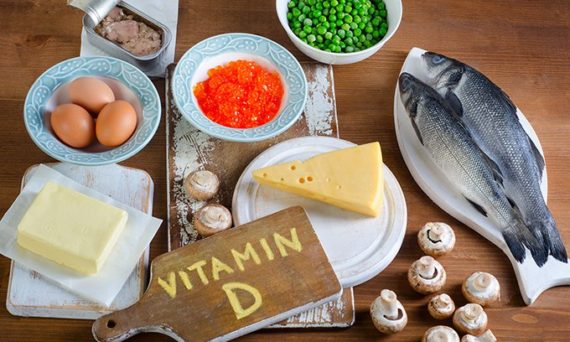 Vitamin D and What it Can Do For Your Health

Vitamin D has been gaining a lot of attention for several years now. In fact, it is one of the most popular of all the vitamins with the medical community and with health-conscious individuals. Since 2000, research has exploded on the relationship of vitamin D to health and disease. In 2015 more research funding has been budgeted to vitamin D than to the other 12 essential vitamins combined. Among the American population, 18% are now taking at least 1,000 International Units (IU) of vitamin D per day, which is up from just 0.3% in 2000. Various populations across the globe are increasingly being recognized with “low levels”, which is now being referred to as a “vitamin D deficiency pandemic.”

So, what’s so special about vitamin D? Would it be prudent to assess your level of vitamin D intake, and possibly get a blood test to know more accurately where your levels stand? Possibly, but before you do that, it may help to understand more about vitamin D and why you may or may not want to increase your intake.

First, what is vitamin D and what does it do for you? Vitamin D is actually considered a hormone, once it gets converted to its active form in the body, rather than a vitamin. There are two forms that we consume, vitamin D2 (ergocalciferol), which is from some plant foods, like mushrooms, most vitamin D supplements, pharmaceutical preparations and fortification. Vitamin D3 (cholecalciferol), comes from animal fats, namely fish sources, also eggs and liver. Vitamin D3 is also the natural form that we synthesize from exposure to sunlight.

Whether it’s from D2 or D3, it gets converted in the liver to calcidiol which is the major circulating form in the blood, and the form that gets detected in the commonly ordered “vitamin D test”. Calcidiol is then converted to the hormonally active form, calcitriol, in the kidneys or target tissues.

Vitamin D is most commonly known for its action in maintaining strong bones. Children who are sorely lacking in Vitamin D develop rickets, which results in soft, thin and brittle bones, often observed as bowed and soft leg bones. Adults develop osteomalacia, which is characterized by softening of the bones, fractures, bone pain and even muscle weakness.

The active form of Vitamin D, calcitriol, takes calcium from the gut and deposits it into the blood, but it doesn’t stop there. Calcium is maintained in a very strict range in the blood. Your parathyroid gland detects the amount of calcium in the blood, and when it gets low, it stimulates the production of parathyroid hormone which then converts the calcidiol to active calcitriol, which raises blood calcium. When calcium in the blood increases, it stops the calcitriol’s action by a feedback signal, and keeps the blood calcium in check. Therefor, vitamin D is closely tied to calcium activity.

In order to get the calcium from the blood to the bones and tissues requires essential polyunsaturated acids, sometimes referred to as vitamin F. However, if you are low in vitamin F, you can develop an elevated blood calcium level, because D not only picks up calcium from the gut, but will also pick it up from the tissues at the expense of those tissues with a deficiency of essential fats.

There are other very important roles that vitamin D plays in the body. These other clinical effects are a big reason for the current increase in popularity and most important, for the expanding research that is taking place.

A deficiency of vitamin D has been linked to the development of diabetes, possibly due to its support of insulin secretion and action. It also supports the cardiovascular system with evidence of a positive effect that it has on blood pressure. Deficiencies have been noted in relation with heart disease and stroke.

Inadequate levels of vitamin D have also been associated with depression, and certain autoimmune diseases like multiple sclerosis. While optimal vitamin D levels are shown to support the endocrine system and epithelial tissue.

These are all very intriguing findings that may have significant health influences. Further investigation and expanding research is ongoing.

But the one factor of vitamin D that I find to be the most relevant to current health problems is the support of the immune system. Vitamin D is linked to the body’s ability to fight infections effectively. It supports the maturation of white blood cells and demonstrates antibacterial and antiviral capability. There have been multiple studies and observational records that have a promising relationship between the risk of infuenza (flu) infection and the protective effects of vitamin D.

There are many reports and testimonials of individuals who have experienced a notable decrease and even complete prevention of colds and flus over lengthy seasons, with the addition of vitamin D supplementation. I personally feel that this is an advantageous and justifiable reason for making sure that myself, and my family as well, are maintaining optimal levels either through diet or supplementation.

However, there are some other important factors to be aware of. First of all, everyone is a little different in the way we take in and convert vitamin D in our bodies. There are several variables that are difficult to determine such as genetic differences, presence of autoimmune conditions, and other metabolic factors and nutritional make-up of individuals.

Similarly, we are all different in the way we convert vitamin D through sunlight exposure. Long before our ethnic and geographical diversity, fairer skinned cultures of northern regions of the planet were more efficient at converting vitamin D, where as darker pigmented races near the equator, who withstand longer exposure to sun, take longer to convert vitamin D. That geographical segregation is now all but eliminated. Now days, that factor along with the varied use of sunscreens, exposure to chlorine in swimming pools, or frequent bathing with outdoor activities, all alter the predictable ability to convert vitamin D from the sun.

Another factor, is that due to other metabolic interactions in the blood, individual race, other disease factors that may be present and obesity, reliability of standard blood testing can be faulty. Since vitamin D is a fat-soluble vitamin, much of it is stored in adipose tissue, or fat cells. Some tests in obese individuals may show fairly normal ranges in the blood, but when the fat tissue was tested, there was excessively high levels present. In fact, some insurers are no longer reimbursing for these tests due to the variability and therefor not being able to substantiate dietary modification or supplementation.

Regardless, most doctors are still ordering the standard blood tests. But many are finding more reliability with multiple tests, beginning at base line, then again after dietary modifications and especially high dose supplementation.

Depending on what authority you ask, the Institute of Medicine (OIM), Endocrine Society, American Geriatric Society, National Osteoporosis Foundation or Vitamin D council, the recommended blood level for vitamin D and the Recommended Dietary Allowance may differ. However, according to expert opinions, the minimum level of serum calcidiol that will prevent bone fracture is 20-32 ng/ml. A desirable concentration is considered to be between 28-32 ng/ml, but this is in regards to blood calcium absorption and bone health. Depending on the perspective of the experts, the recommended ranges vary. The OIM says 20-30 ng/ml is sufficient and over 50 is toxic. The Endocrine society considers 40-60 ideal and the Vitamin D Council considers 50-80 ideal. The higher ranges may be taking other potential health benefits into consideration.

It is estimated that for the average older man and woman, intakes of at least 800 to 1000 IU per day of vitamin D3 will produce a serum calcidiol level of 30 ng/ml. However, that also varies. The Endocrine Society states that children need 1,000 IU and adults need 1,500-2,000 IU per day to reach 30 ng/ml blood levels. Others say adults should consume 3,700 IU per day or more.

Most consider the upper limit to safely be 4,000 IU per day, and the Vitamin D council says that toxicity is possible if taking more than 10,000 IU per day for 3 months or longer. Most feel that toxicity is rare and difficult to reach. The main concern with upper levels of serum calcidiol, over 50-80 ng/ml is kidney stones and tissue calcification.

The final and most significant point I want to address is the importance of the trio of fat soluble vitamins, A, D and K. Research clearly demonstrates the value of diets that provide the nourishing effects of all the fat-soluble vitamins, not just D alone. In regard to the topics above, Vitamin A and Vitamin D work hand in hand for the support of bone health. Studies and findings related to immune support in warding off infections have also been more evident with relation to A, D and K combined.

Conversely, toxicity problems and the possibility of some of the adverse events are more evident with just vitamin D supplementation alone.

As I’ve already discussed in other articles [Whole Food Supplementation], healthy metabolism and the intricate chemistry of life is dependent on the vital nutrients delivered as nature intended. We may have discovered specific vitamin molecules that make up our metabolic chemistry, but they are all dependent on the harmony of other associated complexes.

Nutrient dense and nourishing food that gives and sustains life is made of multiple vitamins, minerals, enzymes, co-factors and so on. It is not just isolated vitamins, synthesized in a lab, which have been shown to be ineffective and sometimes harmful, and which make up most commercial over-the-counter vitamin supplements.

Supplementation with a quality vitamin D source is, most likely of benefit to most people. Getting a blood test, along with a careful assessment of the rest of one’s overall health, to get an idea of vitamin D levels is also a wise way to start.

I highly recommend nutritional products of Standard Process because they are complete, whole food based and backed with extensive research. There are two products I would recommend for an excellent source of vitamin D. Cod Liver Oil, which is an excellent natural source of fish-based, fat soluble vitamins which includes vitamins A & D along with good fat. The other is Cataplex D, which also contains both vitamin A and vitamin D3, but in higher concentrations.

Lastly, this is obviously a very complex subject and while I’ve tried to cover most topics, this is mostly a summary. If you would like to know more, or have a more thorough assessment performed, please let me know. The leading causes of death and degenerative disease are predominantly dietary driven. Optimizing your nutritional health can have a significant impact in your life!