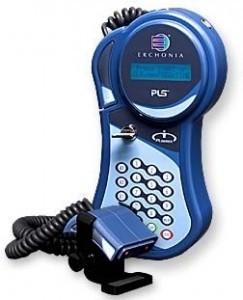 Cold laser, or low-level laser therapy (LLLT), also called photobiomodulation, is used by chiropractic physicians and medical professionals to treat a variety of conditions including soft tissue injuries, myofascial pain, tendinopathies, nerve injuries, joint pain, lymphedema, and oral mucositis.
Low-level laser therapy refers to the use of red-beam or near-infrared lasers with a wavelength between 600 and 1,000 nm and power from 5–500 MW. (In contrast, lasers used in surgery typically use 300 Watts.) When applied to the skin, these lasers produce no sensation and do not burn the skin. Because of the low absorption by human skin, it is hypothesized that the laser light can penetrate deeply into the tissues where it has a photobiostimulative effect. The exact mechanism of its effect on tissue healing is unknown; hypotheses have included improved cellular repair and stimulation of the immune, lymphatic, and vascular systems.

A recent study published in the medical journal Lancet, concludes that low-level laser therapy is immediately effective (sometimes from just one treatment visit) for acute neck pain and effective up to 22 weeks following multiple treatments for chronic neck pain. After reviewing 16 previous studies this investigation found laser therapy to be overall effective, with results comparing "favorably with other widely used therapies, and especially with pharmacological [drug] interventions, for which evidence is sparse and side-effects are common."

Lasers are becoming more commonplace in many areas, from playing your CD’s to measuring distances between planets, cutting steel and even repairing your vision. And now more and more people are learning that therapeutic doses of laser light can also relieve pain and expedite healing for a wide range of health complaints. So how can laser light provide such wonderful results?

Unknown to most Americans, therapy lasers have been used in Europe since Dr. Mester's discovery in 1967. It took until 2002 before the U.S. Food and Drug Administration (FDA) gave market clearance to allow therapy laser use. Since then, progressive chiropractors, osteopaths, medical doctors and other have been offering laser therapy to their patients in increasing numbers.

The photons of laser light penetrate through your skin and are absorbed by special components in your body's cells called chromophores. Just as photosynthesis creates energy for plants, the absorption of the photons by your cells causes increased production of cellular energy. In areas of injury or damage, this means there is more energy available to improve the rate and quality of healing. This is called biostimulation.

Because of its biostimulatory nature, laser therapy has the potential to help any scenario whereby the body's cells are not working to their optimum potential. Studies on tissue cultures reveal a wide range of beneficial physiological effects, including increased levels of endorphins, prostaglandins and other beneficial components; reduced levels of harmful compounds including C-reactive protein and interleukin-1; pain modulation through a variety of mechanisms; and increased rate and quality of tissue healing.

An increasing number of doctors nationwide are offering laser therapy to their patients. With its increasing popularity and use, that means more and more people are probably wondering about lasers in general and some important specifics, including how they work, how safe they are and what it feels like to get treated.

Some patients notice improvement after the very first treatment session; with others it may take a few treatments. The effect of laser therapy is cumulative, meaning that each successive treatment builds on previous ones. The main benefit to patients, as reported by laser therapy practitioners across the country, is that chiropractic care plans that include laser therapy produce faster and better quality clinical outcomes.